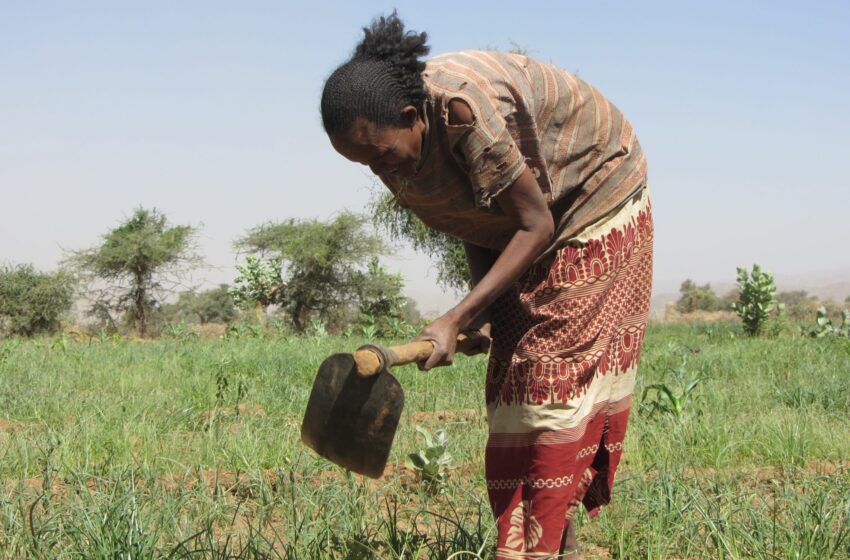 Six Tigrayan agriculture experts in Mekelle call for international pressure on the Ethiopian government to allow in necessary agricultural inputs.

Agriculture is the lifeblood of Tigrayan society. Nearly three-quarters of the people in Tigray are farmers and agriculture comprises more than a third of the region’s economic output.

Over the last three decades, Ethiopia’s federal government and its partners took the need for agricultural development seriously and viewed it as a matter of survival. Among other achievements, these concerted efforts greatly increased crop productivity.

A dire consequence of the civil war and government-imposed siege on Tigray has been the purposeful destruction of the region’s food systems and other economic sectors.

In fact, Prime Minister Abiy Ahmed appears to be withholding seeds, fertilizer, and other essential agricultural inputs from Tigrayans as part of his wartime strategy.

This was driven by the promotion of improved agricultural inputs, such as inorganic fertilizers, improved seeds, pesticides, and herbicides, and also the expansion of irrigation.

Owing to a conservation-based agricultural development policy and various initiatives, such as the Productive Safety Net Programme, the agriculture sector produced diversified and sustainable progress for smallholders.

Between 1991 and 2018, vulnerability to hunger decreased and poverty declined from 48 to 29 percent. This period saw impressive human and economic development along with improved food security and advancements in social welfare.

Consequently, agriculture contributed to the steady development of other economic sectors that are directly or indirectly related to it.

Farming in Tigray has regularly been subject to natural and manmade disasters.

The manmade hazards include Mengistu Hailemariam’s policies to use starvation as a weapon of war against Tigrayans during the 1980s, thus exacerbating the environmental crisis that produced the 1984-85 famine.

The most recent manmade catastrophe is the devastating war in Tigray that started in November 2020.

Ethiopia’s federal government and its allies launched the war partly in a concerted effort to destroy the region’s economy. Among the crimes against humanity targeting Tigrayans, agricultural inputs have been blockaded and used as a weapon of war.

Amid the conflict, various components of the region’s food security system have been removed. This has destroyed many of the hard-earned agricultural improvements in Tigray over the last few decades.

As academic Jan Nyssen and his colleagues detail, hostile forces from Ethiopia and Eritrea deliberately hampered crop production, looted and killed livestock, and destroyed farm inputs and tools. Remote sensing and witnesses confirmed that farming has been either greatly inhibited or completely disrupted.

The worsening conditions have necessitated a shift from commercial crops to cereals—without using fertilizers—because they require minimal management, leading to lower yields.

Even worse, the farming population of Western Tigray has been ethnically cleansed, internally displaced or forcibly migrated, and prevented from engaging in agricultural activities.

In Western Tigray, rain-fed crops were largely left unharvested in 2020, and—among the hardest-hit areas sampled by Nyssen’s research team—57 percent of irrigation farms on the banks of the Tekeze River and 89 percent of Welkait sugarcane were abandoned in 2021.

The central government has imposed a siege on Tigray for much of the war, including by denying nearly all humanitarian access.

Perhaps most consequentially for subsistence farmers and others in Tigray, the continuing siege is blocking access to agricultural inputs like inorganic fertilizer, improved seeds, and pesticides.

As a result of the war, the government-imposed siege, and environmental factors such as locusts, Tigray’s agricultural productivity has drastically reduced in recent years. The rainy season harvest decreased from 21 million metric tons before the war in 2019 to 880,000 in 2021.

With agricultural production in decline, the resulting lower crop yields cannot meet people’s daily caloric intake requirements. If this situation persists, it will create even more widespread shortages, which could lead to mass starvation.

According to the World Food Program, about 83 percent of Tigrayans are food insecure, of which 37 percent are suffering from an extreme lack of food. These figures suggest that levels of food security have plummeted in Tigray over the last 18 months.

The federal government declared a humanitarian truce on 23 March that Tigray’s government agreed to. It aims to hasten the delivery of aid into Tigray.

Yet, although 4,675 metric tons of food and supplies are required every day, only 3,400 metric tons had been brought into Tigray by the end of April. This means only 2.4 percent of the needed humanitarian assistance had arrived.

The federal government must realize that withholding aid and basic necessities from civilians is a violation of international law. All parties should adhere to and respect the truce, and take all necessary measures to ensure the delivery of emergency assistance.

As a measure of goodwill by the federal government, we demand the delivery of 60,000 metric tons of fertilizers, 50,000 metric tons of seeds, and 100,000 liters of pesticides and insecticides so that our farmers can use these inputs for the coming rainy season.

Vaccines, drugs, and equipment are also needed in Tigray for at least twelve million livestock.

We urge the international community to respond to our appeal. Pressure must be exerted on the Ethiopian government and its allies to allow unhindered humanitarian access to Tigray and to provide support in the form of agricultural inputs.

Delivering these vital supplies would assist Tigrayans in both averting the worst short-term outcomes and in rebuilding a more sustainable agricultural system.

The international community should not allow the Ethiopian government to decimate Tigray’s agricultural sector, punish ordinary Tigrayans through manmade famine, and undermine the people’s livelihoods as part of its war effort against Tigray’s regional government.