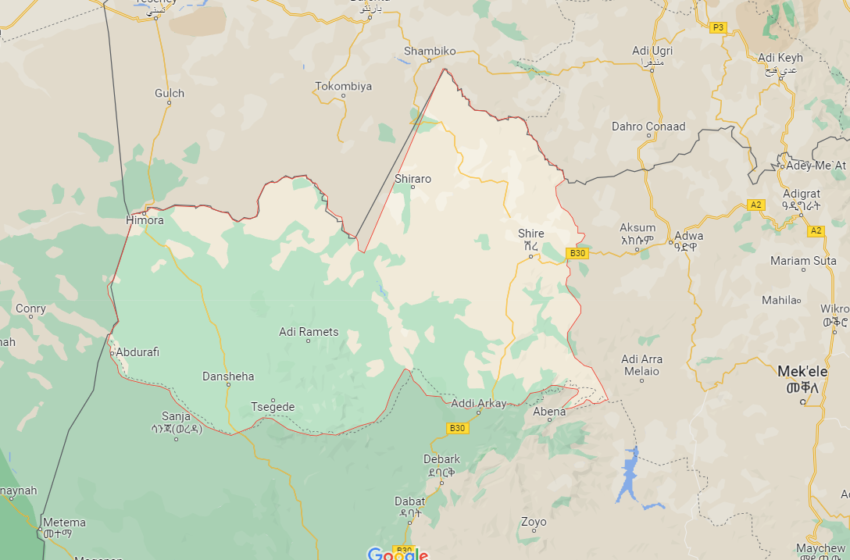 There is a wide array of historical maps and records which jointly reveal that the territorial organisation of northern Ethiopia has tremendously changed over the last four centuries.

Historical maps representing the Western Zone of the Tigray Region (Welkait and adjacent districts) have been retrieved from specialised online repositories. Only maps prepared in the same period (co-eval maps) were used; all maps are formally kept in well-established repositories. Each map was screened for representation of internal borders, indicating territorial control. Out of 101 maps, spanning the period 1607-1967, 92 were precise enough to be analysed, of which 62 display territorial control. Descriptive statistics on the dataset as a whole are presented.

Starting from the late 17th C., internal boundaries are clearly shown, with 35 maps (between 1683 and 1941) displaying a boundary that is located well south of the Tekeze River, or even south of Simien. Welkait is explicitly included within a larger Tigray confederation (periods 1707-1794; 1840-1886; and 1939-1941); it is briefly mapped as part of Amhara in 1891-1894 and part of Gondar from 1944-1990. At other periods it appears independent or part of a larger Mezaga (“dark earth”) region. The Amhara/Gondar – Tigray border is mapped on the Tekeze River at short intervals in 1844-1847 and 1891-1894 and then more permanently between 1944 and 1990. The meta-analyis of the historical maps shows that for the larger part of the last 300 years or more, Western Tigray has been under Tigray jurisdiction, with a border running along or across the Simien massif. However, at times of upheaval, the territory has been briefly reorganized under either the Amhara polities or was autonomous.

These maps demonstrate that the argument that Welkait was “always a part of Begemdir”, or else Amhara, is not based on evidence, apart from a territorial reorganisation in the mid-twentieth century. In contrast, contemporary Tigray is a valid territory, whose legitimacy stems from modern federalism’s faculty to create a region away from concepts of the Ethiopian empire-state. In 1991-4, when the boundaries of the Tigray Region were established as part of federal Ethiopia, local self-determination was way more important than historical maps. Remarkably, except for one, all 20th C. ethno-linguistic maps of the Ethiopian state sustain the current extent of the Tigray region.

In other words: the Amhara nationalist narrative that there was continuous ancestral ownership of Western Tigray is not confirmed by a meta-analysis of the historical map database. We conclude with the suggestion to especially consider the recent and subrecent actual world, including language maps.