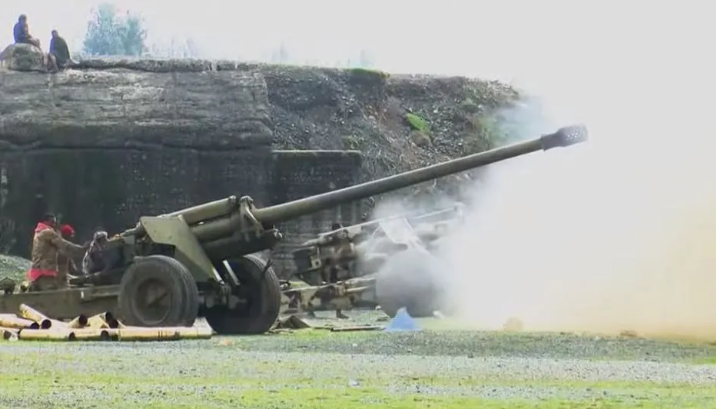 Eritrean forces shelled a town in north Ethiopia over the weekend, according to internal U.N. documents and regional forces, in a rare bombardment after two months of relative peace in the Tigray conflict.

Bulletins from the United Nations seen by Reuters cited information from humanitarian organizations in Shiraro saying at least 23 rounds were fired, some hitting a school housing displaced families.

A 14-year-old girl was killed, at least 18 people were injured and 12 houses were damaged, one of the documents said.

Late on Monday, the Tigray People’s Liberation Front (TPLF), the party that controls most of Tigray region, accused Eritrean forces of attacking its troops on Saturday and Sunday in Shiraro, about seven miles from the Eritrea-Ethiopia border.

Eritrea has supported Ethiopian Prime Minister Abiy Ahmed’s federal forces in its war since late 2020 with the TPLF.

The TPLF said its forces had killed four Eritrean commanders and more than 300 Eritrean soldiers in the weekend flare-up.

Eritrean Information Minister Yemane Gebremeskel did not immediately respond to requests for comment, and Reuters was unable to independently verify those numbers or the attack.

Tigray’s communication network has been down for a year.

“As part of their desperate attempt to escalate the tension and drag us into more action, they shelled Sheraro in the 28th and 29th of May,” TPLF spokesperson Getachew Reda tweeted.

Eritrean and Ethiopian troops withdrew from most of Tigray in mid-2021 and the government declared a unilateral ceasefire in March. That allowed aid to enter famine-struck Tigray and brought a lull in fighting in a conflict that has killed thousands of civilians and uprooted millions. read more