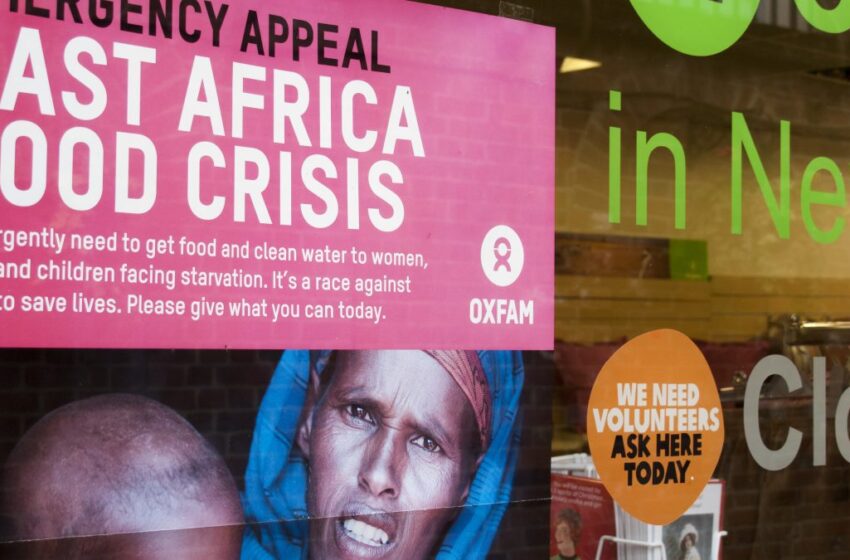 Someone in East Africa dies of hunger every 48 seconds. This is the result of the imperfect storm of drought, climate change, Covid, conflict and rocketing food prices partly resulting from the Russian invasion of Ukraine. A recent report by Oxfam and Save the Children, in partnership with the Jameel Observatory, tells us that the number of people facing crisis levels of hunger in Ethiopia, Kenya and Somalia has more than doubled since last year, from ten million to over 23 million people. People are barely surviving on just one small meal a day with some resorting to extreme coping mechanisms – like selling their daughters to feed their families.

Yet this crisis is going severely underreported. How can it be that there is so little attention on a crisis so immense? The crisis is being driven by a combination of factors. Vladimir Putin’s illegal invasion of Ukraine has helped push food prices to an all-time high, putting food ever more out of reach for millions of people. Climate is also a key factor. East Africa highlights the profound inequality of the climate emergency; it is one of the regions that is least responsible, yet over the past decade it has been repeatedly struck by climate-related shocks.

It may be tempting to view this as a one-off event. In fact, it’s painfully familiar. In 2011, Somalia experienced a devastating famine that killed over a quarter of a million people – the population of Southampton. Half of them were children under the age of five. The international community failed to act in time, despite repeated warnings of an impending emergency.

Over a decade on, and despite warnings and alarms over the past two years, global action to prevent this happening again has been totally inadequate. We are once again responding too late and with too little to avert the crisis. The international community has failed to provide the money needed to stave of this crisis – just 3% of the UN’s $6bn appeal for Ethiopia, Somalia and South Sudan is funded. Even more shocking, UK aid to Kenya, Ethiopia, South Sudan and Somalia has almost halved in the past year due to the government’s callous decision to slash the aid budget. The £25m pledged by the UK to Somalia in April proves the government hasn’t grasped the scale of the crisis. We must learn the lessons of 2011. Starvation isn’t inevitable – it is a political failure.

The UK government must do three things. Firstly, it should reverse the short-sighted aid cuts, restore our commitment to 0.7% and help avert widespread starvation and death across the region. Secondly, the UK was a key architect of a new famine compact, agreed at the G7 in Cornwall last year. But action on that agreement (for more and smarter money, diplomatic action, more effective responses to crises) has been far too slow. The government has a responsibility to make good on these pledges. Britain should work with the UN to organise an emergency global food summit, placing this at the top of the international agenda and secure commitments for action. Finally, we must address the long-term drivers of this crisis. This means addressing the underlying drivers of conflict, poverty and leading global action to support communities on the front line of the climate crisis.