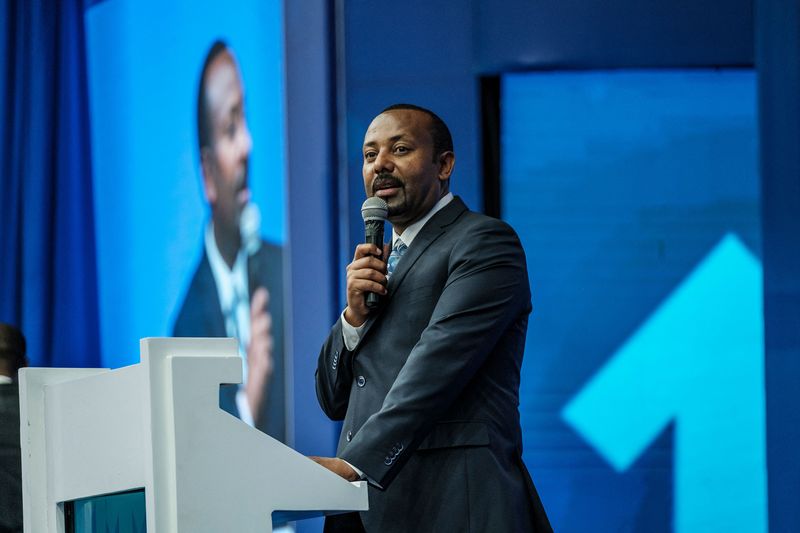 Barely two months after a truce was declared in Ethiopia’s civil war, Prime Minister Abiy Ahmed is confronting a new challenge to his authority from his one-time allies in the northern Amhara region.

Amhara’s forces and an ethnic militia known as Fano fought alongside federal troops against rebels from neighboring Tigray, whose leaders were once the nation’s preeminent power broker before being sidelined by Abiy. The conflict has claimed thousands of lives since it erupted in late 2020.

The cessation in hostilities has angered some in Amhara, which has sparred with Tigray for control over adjoining territory, with some of its leaders arguing that the government should have pursued an outright victory. They include Brigadier General Tefera Mamo, the commander of Amhara’s special forces, who was arrested last week after criticizing Abiy in a television interview.

More than 4,000 other people have also been detained in Amhara, including a number of journalists, according to state media. The crackdown could be a risky move for Abiy, who has leaned heavily on Amhara for political and military support during the war. The Amhara Special Forces and Fano played key roles, annexing Western Tigray and preventing the rebels from opening supply channels with neighboring Sudan.

Abiy is trying “to reassert his control over forces who became more and more vocal and opposed to his appearing more conciliatory” approach toward the Tigrayans, said Mehdi Labzaé, a French sociologist who studies the Amhara nationalist movements and has detected rising opposition to the federal government in the region.

Last week, the NISIR International Broadcasting Co., which describes itself as an independent media agency in Amhara, said the security forces had arrested four of its journalists. They also detained many others, including community leaders and scholars, without following due legal process, it said in a statement.

Gizachew Muluneh, a spokesman for the Amhara regional administration, didn’t respond to questions about the reported arrests.

Fano has embarked on a recruitment drive in northern Ethiopia over recent months, and there have been several clashes between its members and government soldiers. In February, the militia attacked a detention center in the Amhara town of Nefas Mewcha where some of its members were being held, sparking some of the fiercest fighting.

Zemene Kase, a senior Fano member, downplayed the tensions while acknowledging their existence.

“There are thousands of Fano militants currently under my command and soon they will turn into millions,” he said in a recent interview. “We don’t consider the Amhara police, special forces or federal army as hostile. But there are individuals belonging to the Fano who do.”