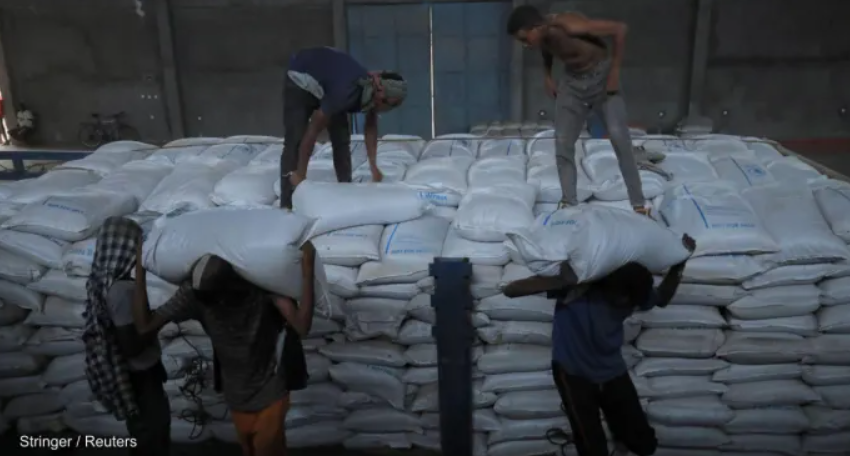 One week after the Ethiopian government declared a humanitarian truce in its war-torn Tigray region, the situation remains the same on the ground.

“A week has passed since the truce was announced, but no food has been allowed into Tigray yet. Every hour makes a difference when people are starving to death,” said Tedros Adhanom Ghebreyesus, the director-general at the World Health Organization, during a press conference Wednesday.

The Ethiopian government has enforced a de facto blockade on Tigray that has largely halted the delivery of aid, with only limited shipments allowed in.

“The siege of 6 million people in Tigray by Eritrean and Ethiopian forces for more than 500 days is one of the longest in modern history,” Tedros said.

He said that no food has reached Tigray since mid-December and that almost no fuel has been delivered since August. More than 5.2 million people are estimated to need food aid in the region, yet food stocks are almost depleted.

Allowing unimpeded humanitarian access has been an urgent demand of the aid community throughout the conflict. And while last week’s truce was a welcome development, advocates have urged quick action for people in desperate need.

Compared with other conflicts around the world, the most acute barriers to humanitarian access in Tigray relate to providing basic supplies, according to Dr. Mike Ryan, the executive director of WHO’s Health Emergencies Programme. The wars in Tigray and Ukraine are unique in how the “cutting off of people is part of the tactics; it’s part of the military strategy,” he said during Wednesday’s briefing.

“This is not people caught up in the fog of war. It’s not just people caught up in a conflict. It is people being directly targeted, directly denied, and directly used as strategic implements — as chess pieces on a horrific, murderous board,” he said. There is a huge difference between these two wars and those in which humanitarian access is inhibited by fighting but parties to the conflict are actively working to let in aid, he said.

According to Tedros, Ukraine has seen 82 attacks on health care since the start of the Russian invasion, leading to at least 72 deaths and 43 injuries, including health workers and patients.

“Attacks on health care are a violation of international humanitarian law and must stop immediately,” he said.