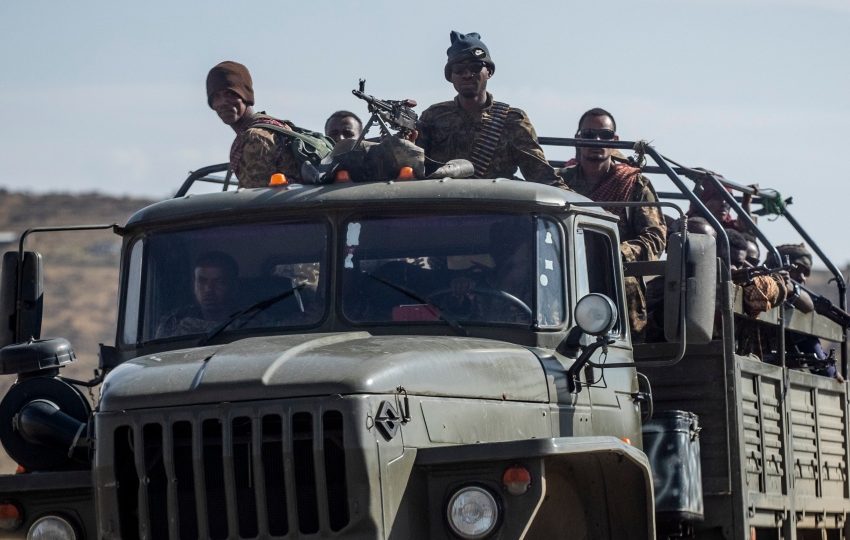 Advocates from the Tigrayan community in Canada are calling on Ottawa to open its embassy in Addis Ababa to their relatives, who are seeking protection amid an escalating conflict that is feared to have killed thousands.

Azeb Gebrehiwot of the Association of Tigrayan Communities in Canada said Ottawa should provide the temporary protection for her community members in Ethiopia and unequivocally denounce the ongoing violence there.

Gebrehiwot, who immigrated to Canada 18 years ago, said she has not been able to get in touch with her family due to a complete communication blackout in the Tigray region, but she was able to contact some of her cousins in the capital who said they are afraid of being arrested and killed.

“I know that they’re starving. There’s no food. The hospitals are completely destroyed and I’m extremely worried,” she said in an interview.

“I can’t even sleep, I can’t sleep. Everyday, I wake up checking the news.”

She said more than 500 of her community members from Ontario and Quebec gathered on the Parliament Hill in Ottawa on Thursday and Friday to honour the victims. The U.S. has alleged ethnic cleansing in parts of Tigray.

“Our people in western Tigray are actually being ethnically cleansed,” she said. “Their bodies were thrown (into) a river.”

Ethiopia’s government has rejected the allegations and asserted that it is helping Tigray to rebuild.

The conflict between government troops and those loyal to the Tigray People’s Liberation Front (TPLF), which started a year ago, has led to the world’s worst famine crisis in a decade, with more than 350,000 people facing starvation, according to the UN and other humanitarian groups.

Some 5.2 million people are in need of assistance across the Ethiopian regions of Tigray, Amhara and Afar, thousands are feared killed and more than two million have been forced to flee their homes, according to the UN.

Global Affairs Canada issued a statement Sunday calling for an immediate cessation of hostilities and “an end to indiscriminate attacks on civilians and humanitarian personnel in northern Ethiopia.”

The department also announced the withdrawal family members of diplomats and non-essential staff from the country, and urged people to leave if they can do so safely.

Foreign Affairs Minister Melanie Joly said Monday in Ottawa that she is concerned about the human rights violations that are taking place in Ethiopia.

She said Canada worked with the United Nations and the Ethiopian Human Rights Commission to produce a report on the human rights violation that have happened since the fighting started a year ago.

“In that report, there are clear questions regarding human rights infringements,” she said.

“And in that sense, we’re very concerned with what’s going on. And that’s why we’re really calling for a peaceful solution. And that starts with a ceasefire.”

The executive director of the Canadian Centre for Victims of Torture in Toronto said Ottawa should reject the report that was partly written by people who work for the the Ethiopian government that’s been accused of serious violations.

Mulugeta Abai said the federal government should call for an independent and impartial investigation and put pressure on the Ethiopian government to end the siege on the Tigray region in order to allow aid to enter the area.

He said Ottawa should take a leadership role to ask the government in Addis Ababa to accept forming an inclusive and transitional government that would end the conflict.

“Silence should not be the Canadian position,” he said.

“Canada has never been silence when there are atrocities throughout the world.”

Foreign Affairs Canada didn’t immediately respond Monday to a request for comment on the calls to open its embassy to families.

The director of the Catholic Near End Welfare Association in Canada said the organization’s local staff members in the Ethiopian capital are hiding in their homes for the first time.

“Their children are not going out of the house right now,” Carl Hetu said.

He said million of innocent people have been forced to flee, and millions more will become refugees if the conflict doesn’t stop.

“This is the tragedy that needs to be exposed and stopped, and we, the NGO’s, need to have access to them in order to bring about emergency aid.”