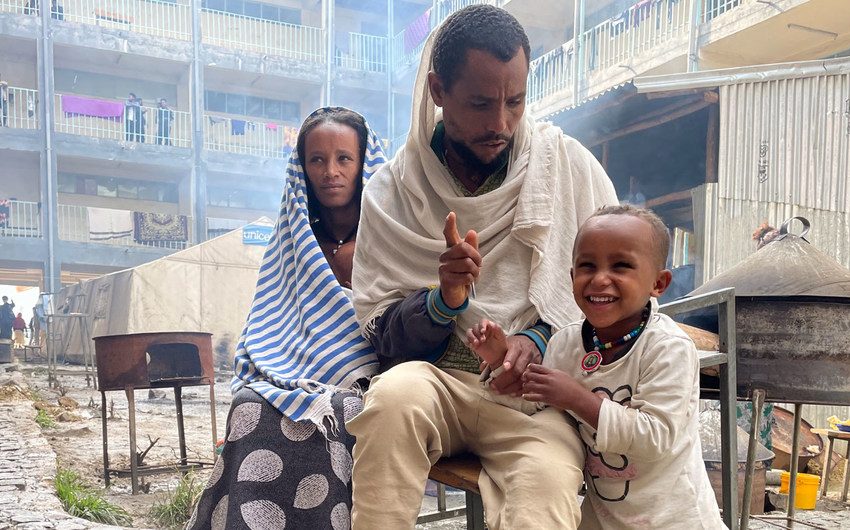 Ethiopia: Future of Tigray and Horn of Africa ‘in grave uncertainty’

A year-long conflict in the Tigray region of Ethiopia has reached “disastrous proportions”, the UN political chief told the Security Council on Monday, warning of “grave uncertainty” surrounding the future of the country and stability of the whole Horn of Africa region.

Fighting began in early November last year, when forces of the Tigray People’s Liberation Front (TPLF) attacked a federal army base in the region, leading the Prime Minister Abiy Ahmed to order a military offensive against the rebels, which has left thousands dead.

Last week, the UN human rights office reported that serious violations on all sides, which may amount to crimes against humanity and war crimes.The Government declared a state of emergency on 2 November, after TPLF troops and their allies, began pushing south towards the capital, according to news reports.

Coordinating with the Oromo Liberation Army, Tigrayan forces have advanced towards Addis Ababa, the Under-Secretary-General for Political and Peacebuilding Affairs, Rosemary DiCarlo said.

“The Government of Ethiopia has declared a nationwide state of emergency and has stated it is fighting ‘an existential war’”, she said, noting the spread of fighting throughout the country. “Elsewhere, insecurity in the Oromia region continues to worsen, while the situation in parts of the Benishangul-Gumuz region remains tense”.

Turning to growing speculation on how the crisis would unfold over the coming weeks, the UN official observed that in a country of more than 110 million people, over 90 different ethnic groups and 80 languages, no one could really predict what continued fighting and insecurity will bring.

However, she said that the political repercussions of intensifying violence in the wider region would be “immense” – compounding the many other crises underway in the Horn of Africa.

“But let me clear: What is certain is that the risk of Ethiopia descending into widening civil war is only too real. That would bring about a humanitarian catastrophe and consume the future of such an important country”, she said.

Cut off and hungry

While more than seven million people need humanitarian aid in northern Ethiopia today, efforts to mobilize assistance in Tigray – where more than five million lack food and an estimated 400,000 now live in famine-like conditions – are made more difficult due to the inability to move cash, fuel and supplies into the region.

“No aid trucks have reached Mekelle since 18 October amid continued airstrikes”, Ms. DiCarlo said, adding that since strikes on 22 October on the regional capital of Tigray, UN Humanitarian Air Service (UNHAS) flights have remained suspended while fuel shipments have been blocked since August.

While some emergency supplies have been moved, it has been four months since the last major shipment of medicines and health supplies into Tigray.

Lack of access, has forced humanitarians to scale-back aid, just as life-saving humanitarian needs escalate rapidly in the neighbouring Amhara and Afar regions, as large numbers of people flee the spreading conflict.

Over the weekend, Emergency Relief Coordinator Martin Griffiths, travelled to Ethiopia to review increasing needs and plan for a greater humanitarian response.

Recalling last week’s report of the joint UN-Ethiopian Human Rights Commission investigation into the conflict in Tigray, she pointed to the “horrific suffering” of civilians.

“The report concludes that there are reasonable grounds to believe that all parties to the conflict…committed violations of international human rights, humanitarian and refugee law”, the UN official stated, adding that war crimes and crimes against humanity may also have been committed.

And amidst incidents of hate speech and an alarming increase in targeting ethnic groups “at an alarming rate”, she described the Council’s call for refraining from inflammatory speech and incitement to violence as “welcome and timely”.

“There must be an immediate cessation of hostilities”, she spelled out, drawing attention to multiple calls for a lasting ceasefire and for an inclusive intra-Ethiopian dialogue to resolve the crisis, and eventually create the foundation for peace and stability throughout the country.

At the same time, Ms. DiCarlo noted that the July elections which returned the Prime Minister’s party to power, securing him another five year term, “demonstrated the people’s commitment to the democratic process”, and highlighted Abiy Ahmed’s commitment to resolve the ongoing challenges and launch a national dialogue.

“The urgency for such an inclusive initiative has never been greater”, she said.