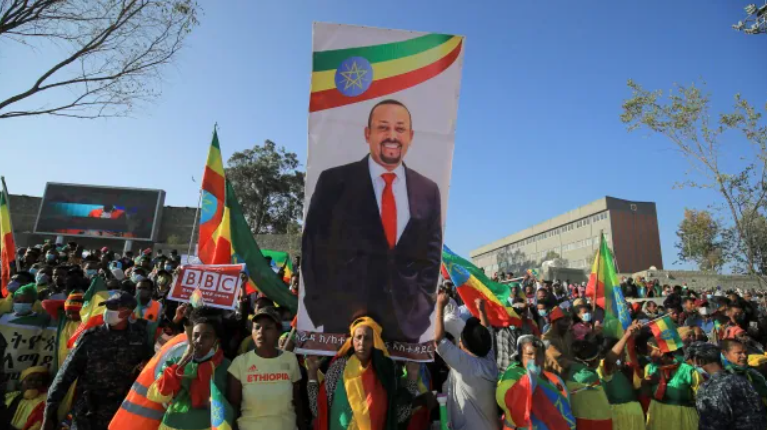 Canada is withdrawing the families of its embassy staff and non-essential personnel from Ethiopia as fighting in the country’s northern region of Tigray intensifies.

“The situation in Ethiopia is rapidly evolving and deteriorating,” Global Affairs Canada said in a statement on Sunday.

“The safety of Canadians is our highest priority and, as a result, the decision was made to withdraw all the family members of Canadian Embassy staff as well as non-essential Canadian employees from Ethiopia.”

The statement also said that “documented violations and abuses of human rights and violations of international humanitarian law are deeply concerning,” and Canada is calling for an immediate ceasefire.

The United States, the UN Security Council, the African Union, and Kenya and Uganda have called in recent days for a ceasefire.

The conflict in the north of the country started a year ago when forces loyal to the Tigray People’s Liberation Front (TPLF) seized military bases in the Tigray region. In response, Prime Minister Abiy Ahmed sent troops, who initially drove the TPLF out of the regional capital, Mekelle, but have faced a sharp reversal since June this year.

The deadly fighting has now spread beyond Tigray into neighbouring regions, threatening to fracture the continent’s second-most populous country, which, in turn, could destabilize the entire Horn of Africa region.

All sides in the war have committed abuses, a joint United Nations human rights investigation announced Wednesday, while millions of people in the government-blockaded Tigray region are no longer able to receive humanitarian aid.

In a tweet on Sunday, Canadian Foreign Affairs Minister Mélanie Joly said she spoke with Canada’s ambassador to Ethiopia, Stéphane Jobin, about the developments.

“Our hearts go out to all Canadians who are concerned about their loved ones in Ethiopia.”