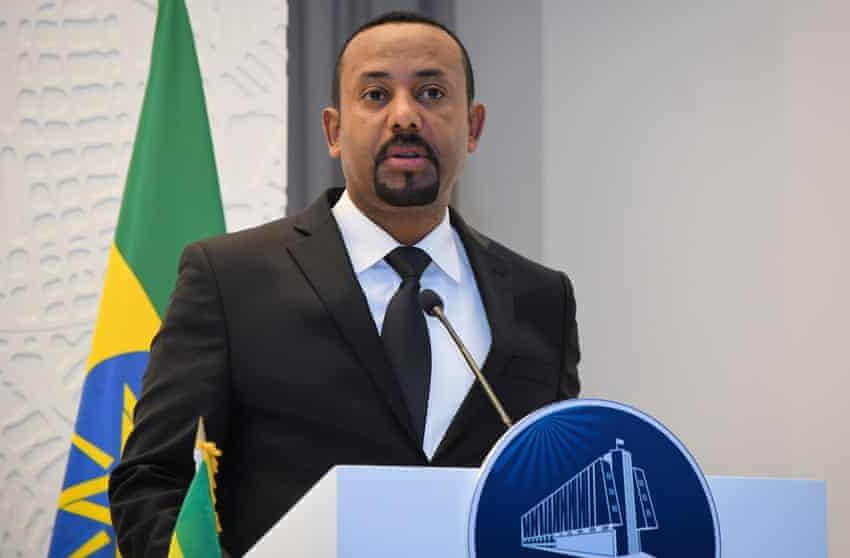 The Guardian view on Ethiopia: sliding deeper into disaster

A year after fighting began, the war is intensifying. How many more civilians will pay?

That wars are easy to begin and hard to end is a commonplace, but one which ambitious leaders still forget. Within weeks of launching his assault on the region of Tigray last November – saying its authorities had attacked a military camp – the Ethiopian prime minister announced that the operation had been completed. In fact, one year on, the conflict continues to escalate. Thousands of Ethiopians have died and millions have been forced from their homes. Atrocities have been committed by all parties, including massacres of civilians, extensive sexual violence and the use of food as a weapon. Last week, the prime minister, Abiy Ahmed, declared a state of emergency as the Tigray People’s Liberation Front (TPLF) suggested its soldiers might advance towards the capital. The Nobel peace prize laureate urged ordinary citizens to take up weapons and told them that “dying for Ethiopia is a duty [for] all of us”. A country already in dire straits is on the brink of catastrophe, Amnesty International warned on Friday.

Bolstered by Eritrean troops, federal forces briefly captured Tigray’s capital, but were forced out this summer. Though Mr Abiy has sought to buy more weapons and enlist more recruits, Tigrayan forces have broken through the blockade of their region and seized towns to the south, towards Addis Ababa. They could also seek to take the Djibouti corridor, the main trade artery, allowing them to reroute aid to Tigray, where desperate food shortages persist – and potentially to hit supplies to the capital. On Friday, eight anti-government factions vowed to ally with the TPLF – though the most significant element, the Oromo Liberation Army, already fights alongside it.

The conflict is growing both broader and more entrenched. Many in Ethiopia now fear that the TPLF is set on regaining the political dominance it held for decades before Mr Abiy’s rise. They point out that the prime minister won by a landslide in this year’s elections (albeit without polls in some regions). His opponents believe his power grab sparked the war, and many Tigrayans have also come to see the conflict as a matter of survival.

The only way out of this disaster is through negotiation. Mr Abiy could offer to restore vital services such as telecommunications and electricity to Tigray and do the utmost to facilitate aid in exchange for a halt in the Tigrayan advance. But emboldened Tigrayan commanders now seem less willing than ever to pause, while Mr Abiy seems to believe that a weak hand means he must press on.

While leaders refuse to talk, civilians face tragedy. The US has removed Ethiopia from a key trade programme and its special envoy to the Horn of Africa, Jeffrey Feltman, has said it will swiftly go further if there is no move to de-escalate – but acknowledged that such moves “don’t seem anywhere near”. The African Union, headquartered in Addis Ababa, is increasingly concerned, but appears to be making equally little headway; Tigrayans say it has favoured the federal government.

The emergency proclamation gives sweeping powers to a government which has already carried out mass arrests of Tigrayans and other critics. Encouraging civilians to take up arms, forming untrained and unaccountable militias, increases the risk of further atrocities – especially as hate speech circulates widely, primarily targeting Tigrayans. Tackling that should be an immediate priority. Facebook – accused of fanning ethnic hatred in Ethiopia and elsewhere by a whistleblower – took down a post by Mr Abiy “for inciting and supporting violence”, but others remain unchecked. Governments must exert maximum pressure not only upon the warring parties to end their conflict and protect civilians, but also upon social media platforms to prevent the fomenting of hatred.