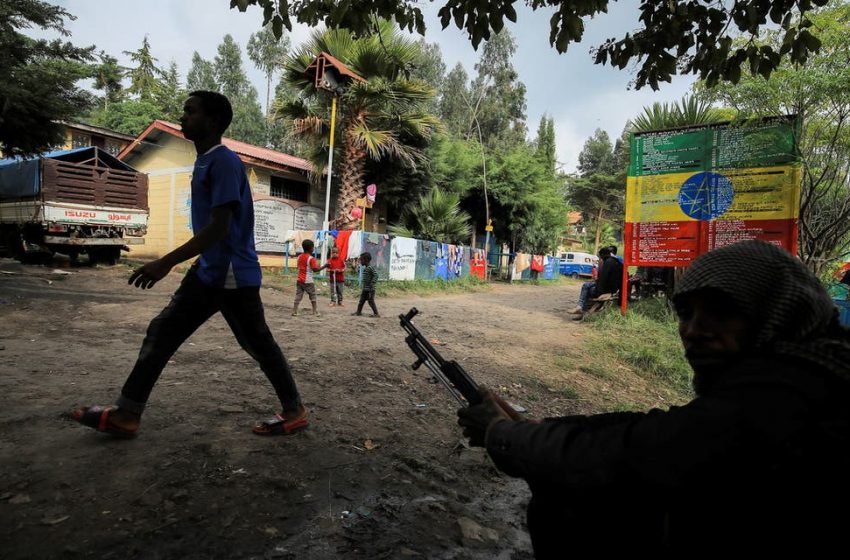 Some 14 fuel trucks are stranded in Afar region, home to the only viable land route into Tigray, despite having been granted permission to proceed, the UN’s humanitarian coordination office said in a report released late Thursday.

“Due to the severe shortages of fuel, several humanitarian partners were forced to significantly reduce or suspend their activities,” it in a weekly situation report for the year-long conflict in northern Ethiopia.

“Since 11 October, out of the seven main active food partners, for instance, at least three have already [been] forced to cease food distribution. The other four will also have to cease distribution outside of Mekele within one week if fuel is not received.”

The 2019 Nobel Peace laureate said the move came in response to TPLF attacks on army camps and promised a swift victory.

But by late June the TPLF had regrouped and retaken most of the region including its capital Mekele.

Since then Tigray has been under what the UN describes as a de facto humanitarian blockade.

Despite a communications blackout, AFP has documented starvation deaths in multiple parts of the region, citing internal documents from aid groups active there.

The UN said last week the number of young children hospitalized due to severe malnutrition between February and August was double the number recorded during the same period last year.

Some 2.5 percent of screened children were diagnosed with severe malnutrition during the past week, the UN said Thursday, up from 2.3 percent the week before.

Thursday’s report also noted that during the week ending October 13, only 52,000 people in Tigray received food assistance, or one percent of the 5.2 million that aid groups are targeting.

“To reach 5.2 million people with food assistance within a six-week cycle, partners are expected to assist at least 870,000 people on average per week,” the report said.

With the TPLF in control of most of Tigray, fighting has recently been concentrated to the south in Amhara region.

But this week Ethiopia’s government launched at least four air strikes in Mekele, killing three children and injuring other civilians, according to the UN.

The government says the campaign is targeting rebel facilities.