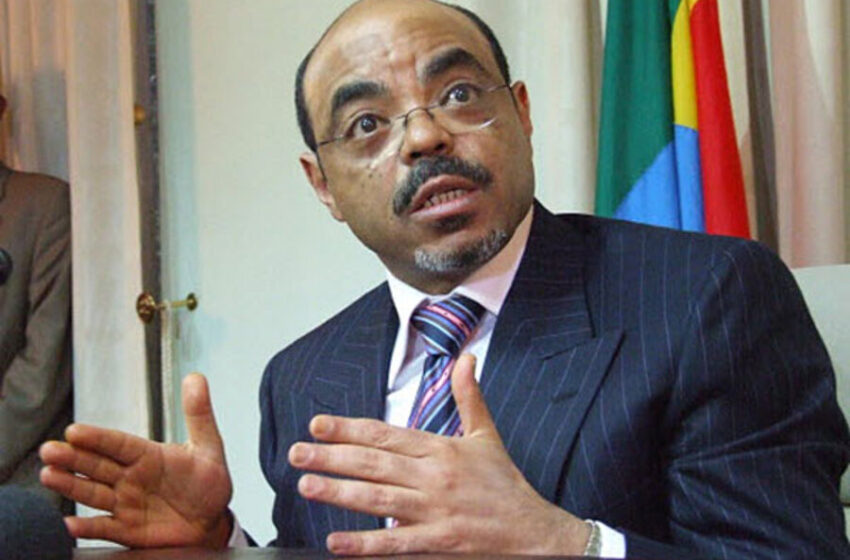 The Ethiopian Prime Minister of 21 years leaves behind a mixed legacy of economic gain and repression — and a giant hole in African politics.

Meles Zenawi always said he didn’t intend to die in office. Speaking to TIME as long ago as 2007, the Ethiopian Prime Minister was talking about moving on: “I have been around for quite a long time,” he said. “Time to start thinking about doing new things.” In the event, Meles did not do anything else but stayed through another election in 2010 – rigged, said the U.S., E.U and human rights groups – in which his Ethiopian People’s Revolutionary Democratic Front (EPRDF) and its allies won 545 of the 547 seats in parliament and 1,903 of the 1,904 on nine regional councils. The result was not surprising but was at least less bloody than the previous poll in 2005 when Ethiopian security services shot dead 200 protesters – more like 1,000, said the opposition – who were demonstrating against the ERPDF’s victory in the streets of the capital Addis Ababa. Meles’s version of events was that the opposition, having lost a free and fair vote, were trying to win power by other means. “We felt we had to clamp down,” he said. “In the process, many people died. Many of our friends feel we overreacted. We feel we did not.”

Still, though rights groups, opposition politicos and journalists he persecuted are understandably loathe to admit it, there was more to Meles Zenawi than a stereotypical African strongman. In the 1980s, Ethiopia was synonymous with famine and Live Aid, and a global symbol of African hopelessness. Under Meles, hunger still returned to Ethiopia every year (though that seemed partly a product of foreign provision of free emergency food aid, which saves lives in the short term but ruins commercial farmers in the longer term). But Meles’s regime ensured less and less of Ethiopia’s 85 million population was affected. Child malnutrition has fallen by more than a third since 2000. One of the most effective public health programs in the developing world also saw rates of malaria and child mortality halve between 2005-2011. Meles scored well too on that other answer to hunger: development. Since 2004, Ethiopia has posted rocketing economic growth of an average of 11% a year. The country now boasts Africa’s first commodity exchange, turning over more than a billion dollars of coffee, sesame, wheat, maize, peas and haricot beans every six months. A quarter century ago Ethiopia was the land of famine. Today, its first yuppies are food traders.

Like an increasing number of other African leaders – Paul Kagame in Rwanda, Ellen Johnson-Sirleaf in Liberia – Meles defied simplistic attempts to pigeonhole him as bad or good. Meles was a believer in assertive African self-determination, rejected the idea that the West had a superior claim over how the world should work, and refused to be judged by standards, ideologies or people other than his own. There was an inherent contradiction in the hectoring “holier than thou” ways of Western governments and rights groups, he argued. How could “foreign advocates of human rights ensure there is respect for human rights” by acting like “a big brother out there watching everyone?” he asked. “Rights have to come from inside. If people need a big brother, then by that very fact there is no democracy.”

Studiously beholden to no one, Meles picked and chose foreign allies as it suited Ethiopia best. On security, he was close to the U.S., letting the Pentagon set up Special Forces bases and drone airstrips inside Ethiopia – though he was not, as many alleged, under Washington’s thumb. His 2006 invasion of Somalia to topple an Islamist government, for instance, went ahead against strenuous U.S. advice, rather than at its suggestion. He also supported the African Union, whom he gave an impressive shiny new home in Addis Ababa, and courted China, who built it, and whose state capitalism served as something of a model for Ethiopia’s government-dominated economy. Ethiopia’s biggest natural resource, its farmland, Meles opened up to anyone: commercial farmers from China, India, Europe and the Middle East were all granted huge concessions on which to grow flowers and more vegetables.

Much of Ethiopia’s ability to demand and receive treatment as an equal was down to its social and economic success. Some of it was down to the sheer force of Meles’ personality. As someone who dropped out of medical school to help found the rebel Tigrayan People’s Liberation Front (TPLF) as a 20-year-old in northern Ethiopia in 1975, then rose to lead it, then, in 1991, marched into Addis Ababa and overthrow the chilling dictatorship of Mengistu Haile Mariam, Meles had steel. Asked about allegations of repression of ethnic Somali secessionists in the east of the country, he replied: “We know how insurgencies succeed and how they fail. We may not have been the most evangelical of human rights advocates in the world, but we are not stupid either.” Aggression was, he conceded, an occasional personal failing. “I probably fail to beat about the bush,” he told TIME. “I have never been discourteous or nasty to anybody. [But] I may have stood my ground a bit too directly, a bit too firmly. Sometimes, when we disagree, we say so with perhaps a little extra force in it. That might be misunderstood.”

Over the years, he had learned, he said “to be a little less direct.” But he had perhaps not grasped the hole he would leave in Ethiopia and Africa with his sudden death, aged 57, from an infection caught while he was recovering in Europe from an unexplained illness. The EPRDF, he insisted, was “not personality based [but] ideologically driven and organization based, with well-articulated positions. These things do not change because of personalities.” But the vacuum that immediately opened up in Ethiopia with the announcement of his illness in July, and the confusion created by his headless government – which first denied he was ill, then claimed he was away on sick leave, then shut down a newspaper that was about to publish an article on his health – suggested he was wrong on that score.

On Tuesday, in its announcement of Meles’ death, Ethiopian state television said his deputy and foreign minister, Hailemariam Desalego, had replaced him. Desalego is from a camp of younger reformers inside the EPRDF, distinct from an EPRDF inner core made up of Meles’ old TPLF comrades, a paranoid and secretive group that admired Albania’s long serving communist despot, Enver Hoxha. The concern now is that any leadership tussle might endanger the positives of Meles’ rule and accentuate its negatives.

That concern is all too real because, according to Meles, it was only rational to be worried for Ethiopia. Asked what kept him awake at night, he replied: “It has always been fear. Fear that this great nation, which was great 1,000 years ago but then embarked on a downward spiral for 1,000 years, and reached its nadir when millions of people were starving and dying, may be on the verge of total collapse. Now it’s not a fear of collapse ­– I believe we are beyond that. But it’s the fear that the light which is beginning to flicker, the light of a renewal, an Ethiopian Renaissance, might be dimmed by some bloody mistake by someone, somewhere.” For some – the opposition, journalists – Meles’ departure will by itself dissipate some fear. The uncertainty, however, seems likely to endure.