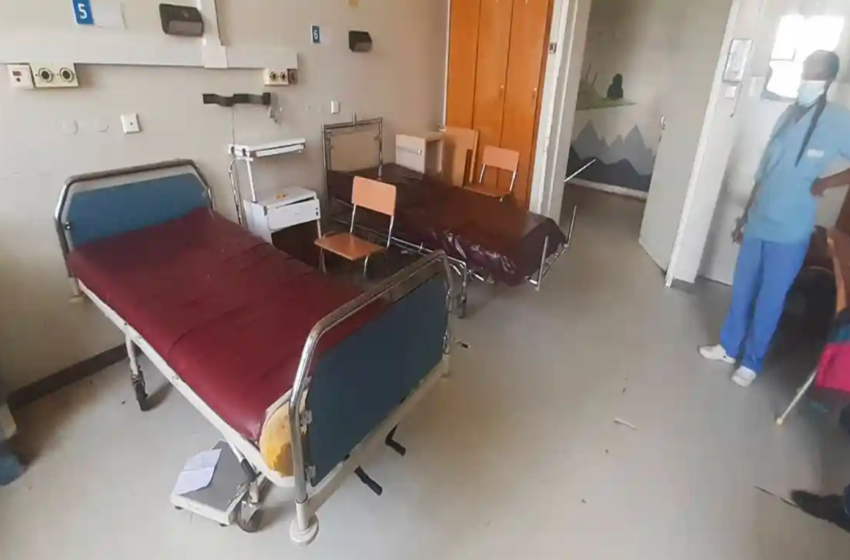 ‘I saw an oncologist cry’: Tigray cancer patients sent home to die for lack of drugs

Doctors caring for cancer patients at the main hospital in Tigray say they have only two chemotherapy drugs left in date and are treating terminally ill people with expired medication and paracetamol. Eighteen months of war have left the sickest in society suffering agonising deaths, they say.

For the first time in 11 months, doctors at the Ayder referral hospital in Mekelle took receipt of an oral chemotherapy drug earlier this month as part of an airlift by the International Committee of the Red Cross (ICRC). Until then, they had had only one, Doxorubicin, still in date.

But, though there are some signs that the de-facto blockade on the northern Ethiopian region could be easing, oncologists say they are still in dire straits and using expired drugs to try to eke out supplies. The Ayder as a whole has just 16% of the drugs it needs, a doctor told the Guardian.

“Our pharmaceutical stock status is 16.3% at the moment … The situation is dire. We have finished almost everything,” he wrote in a text message, speaking on condition of anonymity.

An oncologist, who also requested his name not be published, said that due to the scarcity of medication the hospital had stopped being able to offer any meaningful treatment to most cancer patients.

“Most of [our patients] are returning back home,” he said. He and his colleagues had become used to sending patients home in the knowledge that they would almost certainly die there, he said. “That’s really hard. Almost all of them, when we tell them that, they will cry in front of us.”

The war between forces loyal to Abiy Ahmed’s government in Addis Ababa and the Tigrayan regional authorities appears to have edged tentatively into a new phase after a cessation of hostilities was agreed in March.

A trickle of emergency food aid and medical supplies has reached Tigray, which had been suffering under what the UN termed a de-facto blockade since last July. And there are signs that this is becoming a steadier flow. The World Food Programme said that 163 trucks – the biggest delivery of the year – had reached Mekelle last week, and that due to the return of 100 trucks, which had been kept in Tigray since July, it would continue to scale up deliveries.

This is little comfort to the patients in need of chemotherapy who, with the right drugs, could perhaps be saved, but now face being sent home to die. One doctor, who had recently been on the cancer ward, said people were struggling to understand why they were still being refused treatment.

“The nurses are very frustrated because patients are repeatedly asking them, ‘where are our cancer drugs?’, because they hear drugs are coming [in]. It’s heartbreaking for the nurses, and for the physicians working there. I saw one oncologist crying while giving an interview for the local media. They are in a dire situation,” he said.

In a statement, a group of oncologists at the Ayder wrote: “The existing situation of cancer care in Ayder Comprehensive Specialized hospital is so bad that it is almost nonexistent, and those who have no involvement in the war are paying a huge cost.”

The war has decimated the healthcare system in Tigray, home to more than 7 million people. But the parlous state of the Ayder’s cancer care is particularly striking given that, five years ago, doctors at the hospital had drawn up an ambitious plan to bring its oncology services into the 21st century.

A comprehensive cancer care unit, housed in a new six-storey building, was to be built, and doctors were to receive specialist training in Ethiopia and abroad. When war started in November 2020, it put a stop to the plans.

Now doctors are urging cancer societies around the world – such as the American Society of Clinical Oncology and the Association of Cancer Physicians in the UK – to help them. “We call to the medical community to be a voice for these voiceless patients,” said the second doctor.

In their statement, the oncologists called on the federal health ministry to “immediately and rigorously support cancer care by sending essential medical supplies”. They also implored the international community, cancer care advocates and the UN to “join hands in averting this manmade catastrophe”.

The World Health Organization said it had not supplied chemotherapy drugs to Tigray as none of its partners were directly involved in cancer care, and cancer medicines were controlled substances that could not be procured by its partners. Cancer medication would only come to Tigray via the Ethiopian health ministry, or under special grants, it said.

The ICRC said that the delivery of Imatinib, a chemotherapy drug mainly used to treat people with a form of leukaemia, on 11 May, had been “at the request and on behalf of the ministry of health”. The airlift – the 55th ICRC flight to reach Tigray this year – also contained insulin, hemodialysis, oxytocin, tetanus vaccine, gloves and surgical equipment, it added.

The Ethiopian government has always denied placing Tigray under a de-facto blockade, saying the failure of aid delivery has been due to fighting by Tigrayan rebels. It also accuses the Tigray People’s Liberation Front of having attacked and looted hospitals in the areas previously under their control in the Afar and Amhara regions.