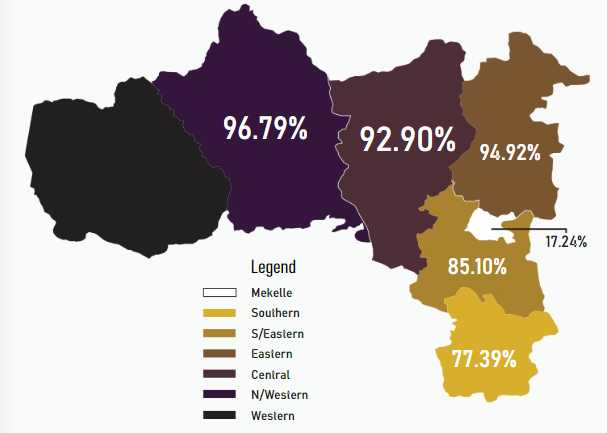 The genocidal war victimized students, supportive staffs and teachers. Female students and teachers were victims of rape and brutal sexual violence. Many lost their lives.

The invading forces also damaged school buildings and infrastructure, looted supplies and burned and destroyed school materials which they were not able to transport.

Tigray Bureau of Education in collaboration with charity/humanitarian organizations, Tigrayan scholars and Teacher’s Associatio of Tigray conducted damage assessment on Tigray’s education to see the scale of damage and destruction in the educational system. The draft summary has been presented as follows.