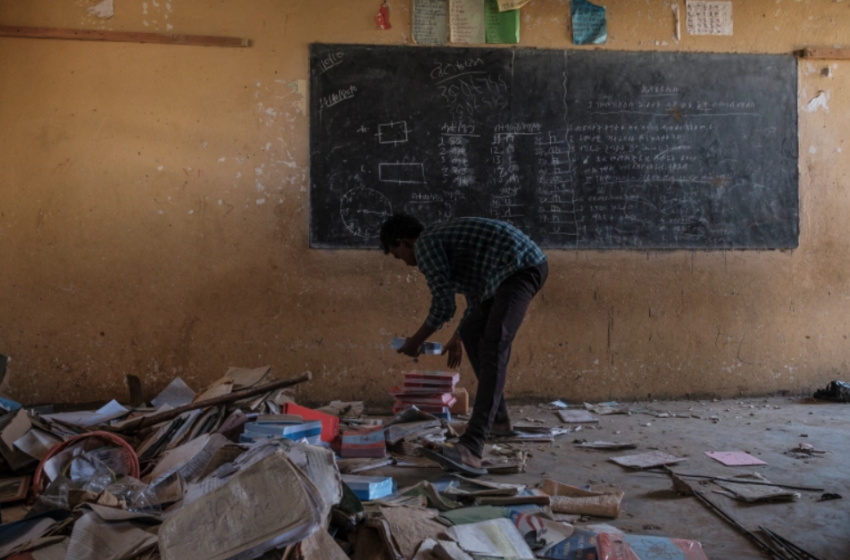 ‘Nothing left to resume classes’: How both sides in Tigray conflict are destroying education

On Wednesday, the BBC reported that schools in the wartorn region of Tigray in northern Ethiopia have been turned into prisons for parents who refuse to conscript their children into the Tigray People’s Liberation Front (TPLF) or donate their food, cattle and money.

This means a majority of the schools remain closed as the humanitarian situation gets worse, with just 172 aid trucks able to reach the region, representing just 4% of the need as of 4 March, according to the World Health Organisation (WHO).

Efforts to reopen schools are partly being hindered by continued insecurity, damage to schools, and safety concerns for students and teachers.

The United Nations Office for the Coordination of Humanitarian Affairs (OCHA) says at least 46 000 students from 144 schools in the Wag Hemra Zone, South Wello, and North Wello Oromia zones of the Amhara Region had received school feeding in the last week of April.

At least an additional 144 200 primary school students and 25 000 children with alternative learning programmes risk dropping out because of food shortages.

It’s estimated that 1.39 million children in Tigray have gone without schooling for three years.

People interviewed by Human Rights Watch (HRW) said they saw women and children entering schools, being detained for days, and then coming out crying and badly beaten.

“They appeared beaten and were crying as they would leave… No one could ask the women what happened to them, and the atmosphere made it difficult to do so,” said one interviewee.

In western Tigray, fighting has displaced teachers and 25% of schools have been destroyed.

One teacher interviewed by HRW said: “I have given my life and service to the school. There is now nothing left to try and begin again, to resume classes. The school won’t be functional even for next year, because of the damage. Everything was taken.”

The Tigray transitional government estimates that 48 500 teachers are in need of psychosocial and mental health support and that some at private schools were struggling to feed their families due to unpaid salaries.

Who is to blame?

Human Rights Watch, in its latest report titled “Ethiopia: Tigray Schools Occupied, Looted”, says all warring parties in Tigray are to blame for the attacks, pillaging, and occupation of schools since the conflict started.

One example given is that government forces were using the historic Atse Yohannes preparatory school in the regional capital, Mekelle, as a barracks after taking control of the city.

Witnesses told HRW that they saw army trucks leaving the school with computers, televisions, and other learning aids.