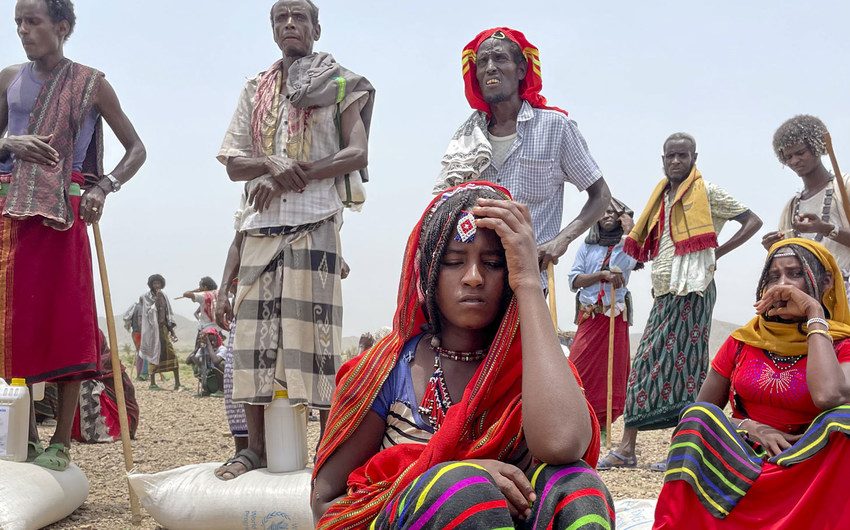 The first round of food distributions to people in Afar and Amhara regions impacted by the spread of the conflict in northern Ethiopia has been completed, the World Food Programme (WFP) said on Tuesday.

However, distributions of supplies into Tigray are lagging behind due to various impediments to the movement of humanitarian aid, the UN agency warned.

“It is absolutely vital that we have the full cooperation and support of all parties to the conflict so that we can reach all affected populations with urgently needed food assistance before we have a humanitarian catastrophe on our hands across all of northern Ethiopia,” said Tomson Phiri, WFP spokesperson.

“Up to seven million people across the three regions (Tigray, Amhara and Afar) are now in dire need of food assistance; 5.2 million people in Tigray and the rest are in Afar and in Amhara,” he told journalists in Geneva.

In Afar and Amhara regions over 840,000 people (700,000 in Amhara and 140,000 in Afar) have been displaced due to the current conflict, according to the government estimates.

Since 15 August, WFP has delivered food to almost 300,000 people in Amhara and Afar, while nearly 2.5 million people have been reached with food assistance in the northwest and parts of southern Tigray, Mr. Phiri said, noting that WFP aims to reach almost 3.5 million people across all three regions; 2.7 in Tigray, 210,000 in Amhara and up to 540,000 in Afar in the next round of distributions.

‘Food insecurity on the rise’

Mr. Phiri pointed out that in June the Integrated Phase Classification (IPC) – which analyses the severity of food insecurity – estimated that in Tigray up to 400,000 people would be facing famine-like conditions by now.

“Anecdotal reports from all three regions suggest that food insecurity is on the rise,” he said. The food pipeline in Tigray remains “hand to mouth”, he said, with “a multitude of issues affecting the free movement of convoys”.

However, according to the WFP spokesperson, there has been positive news: “in recent weeks security issues have been largely overcome. Five convoys – 171 trucks – entered Tigray between 5-29 September” he said.

These carried a combined total of 6,150 metric tons of food and nutrition supplies. This is enough to feed more than 360,000 people for one month. Despite these recent convoys, only 11 per cent of the humanitarian aid needed has entered the region.

Mr. Phiri told the meeting that one of the major impediments to the delivery of cargo was that the vast majority of commercial trucks were not able to return from Tigray.

However, he said that WFP has been continuing to work with commercial transporters to overcome any issues deterring the trucks from leaving. Recently “we’ve had more than 90 commercial trucks that have exited Tigray and are now available for movement of humanitarian aid into the region”.

But he reiterated that the combined needs of the humanitarian sector require “100 trucks to be arriving daily to provide food baskets of cereals pulses and vegetable oil to 210,000 people a day”.

Mr. Phiri also emphasized that while WFP has been successful in enabling 90 trucks to exit Tigray, “fuel stocks are running critically low”.

Across Ethiopia, WFP aims to reach 11.9 million people in 2021 with food, nutrition and cash support and delivering activities to boost communities’ self-reliance and food security.

However, WFP continues to face challenges in terms of resources, the spokesperson said. “We need $184 million to continue to scale up its response in northern Ethiopia.”

For all activities in the country, WFP has a funding shortfall of $426 million. We continue to appeal for additional funding and increased and sustained access so we can continue to provide assistance in a timely manner”.