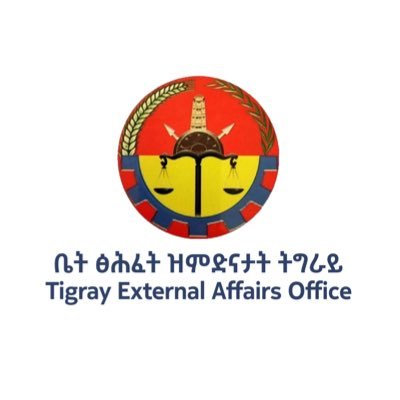 The Government of Tigray is once again shocked by recent media reports of Amhara authorities’  feverish destruction of forensic evidence to cover up their merciless massacre of Tigrayans in  Western Tigray. On May 7, the BBC reported that Amhara forces, which are occupying Western  Tigray, have been “digging up fresh mass graves, exhuming hundreds of bodies, burning them and  transporting what remains out of the region.” Sadly, the bottomless depravity of these genocidal  forces’ actions appear to have desensitized the international community into a deadly indifference.  We call on the international community to wake up from its stupor and say ‘enough is enough!’

This latest instance of evidence-tampering comes in the wake of the Ethiopian government’s failed  efforts to scuttle the deployment of the International Commission of Human Rights Experts on  Ethiopia, created by the UN Human Rights Council to conduct an independent investigation into  all atrocities committed during the war on Tigray. This shocking act represents the invading forces’  last-ditch attempt at evading accountability for the atrocities they committed and continue to  commit against Tigrayans. All the same, the stench of their culpability is too strong, and the  evidence of their guilt too overwhelming for such inhumane tactics to have much impact on a  genuine quest for justice.

While this genocidal triumvirate has committed heinous atrocities across Tigray, the brunt of their  genocidal campaign has been borne by Tigrayans in Western Tigray. As extensively documented  by Amnesty International and Human Rights Watch, Amhara forces, with the direct participation  of the Ethiopian and Eritrean armies, have been engaged in a systematic campaign of ethnic  cleansing against Tigrayans. The goal is to rid Western Tigray of any signs of Tigrayans ever  having been there, with the ultimate goal of justifying and legitimizing the utterly baseless claim  on, and illegal annexation of, a constitutionally recognized Tigrayan territory.

Desperately trying to stymie the work of an internationally-mandated investigative body, the  Amhara regional government has been digging up mass graves containing the remains of  Tigrayans its forces brutally massacred (see an April 5th statement by the Government of Tigray).

Second to none at nursing phantom historical grievances and a sense of victimization, Amhara  authorities have been spinning fictitious narratives that the remains of Tigrayan victims of their  vicious ethnic cleansing are, in fact, Amhara victims of Tigray. Sadly, such moral inversion has  become the Abiy regime and its domestic and foreign allies’ distinguishing feature.

Presented with copious evidence of their guilt, the criminal Abiy regime and its Amhara  expansionist partners are now playing their last card: tampering with forensic evidence. To give  this shameless public spectacle an aura of legitimacy, the authorities had deployed ‘experts’ from  Gondar University to help dig up mass graves, exhume the remains and transport them beyond the  reach of independent investigators. In the process, Gondar University has irreparably debased  itself by deviating from its academic mission, facilitating the cover up of a heinous crime, and  becoming accessory after the fact. Tragically, Gondar University’s self-debasement is emblematic  of the endemic moral and institutional corruption that has come to characterize Abiy Ahmed’s  reign.

If the international community is serious about its pledge of ‘never again’ and holding perpetrators  of massive human rights violations accountable, it cannot let the expansionist Amhara clique get  away not only with a genocidal campaign against Tigrayans but also with destroying traces of  evidence establishing its guilt. It’s time for the international community to go beyond platitudinous  expressions of concern and take concrete actions to ensure justice for the countless Tigrayans  murdered solely on account of their identity.