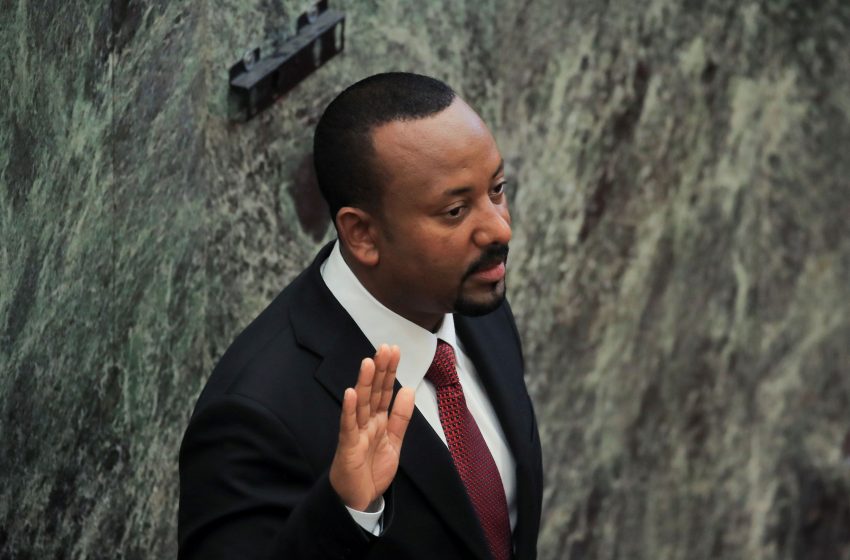 Ethiopian Prime Minister Abiy Ahmed’s forces have not lost the war that he launched one year ago against the rebellious ruling party of the country’s northern Tigray region, though the conflict appears to be spiraling out of control as militias and separatist groups mobilize and join forces against the government.

But even if fighters loyal to Abiy manage to pull off a military victory against the Tigray People’s Liberation Front (TPLF), Abiy has forever lost the image of savior and peacemaker. The young leader who was once compared to Nelson Mandela and Barack Obama is now mentioned in the same breath as war criminals such as deposed Sudanese strongman Omar Hassan al-Bashir.

Within days of launching a military operation to remove the TPLF from power in Tigray last November, Abiy was already losing the PR war. The prime minister’s strategy of imposing a communications and media blackout in Tigray raised red flags for the international community, and as information inevitably trickled out of Tigray, the worst suspicions were confirmed. Reports of massacres and mass rapes were confirmed by Amnesty International days after the conflict started and continued to be documented in the months since fighting started.

These atrocities were committed by both Ethiopian troops and soldiers from neighboring Eritrea, and Abiy further undermined confidence in his leadership by initially denying the presence of Eritrean forces before acknowledging that foreign troops were fighting on his behalf in Tigray.

And Abiy’s November 2020 declaration of victory, issued mere weeks after the conflict started, became laughable as the resurgence of the TPLF retook Tigray this summer and went on the offensive in other regions of the country. Now, speculation spreads that the Tigrayans might take the fight to the Ethiopian capital, Addis Ababa. Abiy’s attempts to rally the country, calling on citizens to take up arms and “bury the terrorist TPLF,” come off as both desperate and dangerous. (Facebook even removed the prime minister’s post as an incitement to violence.)

It took Abiy less than two years in office to win a Nobel Peace Prize; it has taken even less time to go from Nobel laureate to embattled leader and international pariah. That Abiy would so badly mismanage both the military and public relations struggle against the TPLF is surprising for a man who built his career wielding both guns and information. Abiy started as a military man, having fought as a teenager in the rebellion that overthrew the Communist Derg military regime in 1991. From there, Abiy worked his way up the ranks of the post-Derg Ethiopian military. Along the way, he reportedly played a role in founding the country’s Information Network Security Agency, tasked with spying against dissidents and journalists.

Once Abiy moved from the armed forces to politics, he was equally tactical in managing information about his own life. Coming to power amid paralyzing protests from the country’s two largest ethnic groups, the Oromo and the Amhara, Abiy played up his own ethnic heritage, the first prime minister from the historically marginalized Oromo, married to an Amhara woman. He visited the Ethiopian diaspora, meeting adoring crowds who saw him as the country’s savior. Abiy spread a message of peace and unity with a pithy slogan: “Medemer,” an Amharic word for “unity” or “coming together.”

And he managed to pull this off while not-so-subtly scapegoating the TPLF, which played a leading role in the fight against the Derg and subsequently dominated Ethiopia. Abiy blamed the country’s problems on the TPLF and on Tigrayans more generally, purging members of the small ethnic minority that had held most of the country’s top political and military posts. Even as he proclaimed unity for international audiences, Abiy made references in local rallies and Ethiopian media against “daytime hyenas,” which many people interpreted as an anti-Tigrayan slur.

Abiy likely could have maintained this duplicity had he not overplayed his hand by attempting to crush the TPLF. But overplay he did, and the TPLF successfully countered on the battlefield and in the media. Tigrayan forces regrouped in the northern mountains before launching a successful counteroffensive this summer, drawing upon the TPLF’s history as a rebel group, as well as the weapons and military training that Tigray had amassed during decades in power.

And TPLF leaders successfully appealed to the international media, painting themselves as oppressed freedom fighters in strategic interviews to outlets such as the BBC and the New York Times. Only recently have international media started to highlight atrocities committed by Tigrayan forces — not surprising given the TPLF’s long history as an authoritarian ruling party in Ethiopia before Abiy’s rise — but these reports still condemn Abiy’s forces and Eritrean allies as the worst offenders in the conflict.

But even if sympathies for the TPLF wane, this is unlikely to translate into support for Abiy. The Ethiopian leader has shown himself to be a weak and overly ambitious leader at best, and a duplicitous war criminal at worst. Abiy’s meteoric rise in Ethiopia and the effusive praise of the global community — to which I contributed at the time — created a hubris that has proved disastrous for Abiy and for Ethiopia as a whole.

One year on, the war Abiy launched threatens his own political survival and that of Ethiopia as a country.