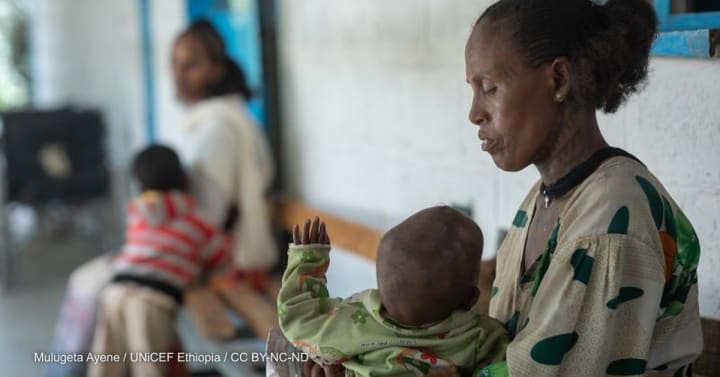 As conflict in the Tigray region of northern Ethiopia deepens, there has been a fourfold increase in weekly admissions of children for treatment of severe acute malnutrition in the past month, UNICEF Executive Director Henrietta Fore said in a press statement Monday. At least 33,000 children in areas that aid workers can’t reach “are severely malnourished and face imminent death without immediate help,” she said.

Millions in need: In Tigray, at least 4 million people are facing severe hunger overall, with 350,000 — including 140,000 children — facing famine. Among the people screened by World Food Programme teams in 53 villages, half of mothers and almost a quarter of children are malnourished, WFP Executive Director David Beasley said last week.

And these staggering numbers are still only estimates. A recent analysis did not even include the food security situation in western Tigray due to a lack of information, WFP noted.